Country music artist Ashley McBryde has announced the dates for her 2020 One Night Standards Tour. The singer and songwriter recently won a CMA Award in the category of ‘New Artist of the Year.’ The outing takes its name from McBryde’s new single One Night Standards. It is co-written by Ashley along with Shane McAnally and Nicolette Hayford. The song is produced by Jay Joyce and is her first new music material since she released her 2018 studio album titled Girl Going Nowhere. If you wish to catch her live in concert, don’t wait anymore to get your hands on Ashley McBryde tickets. 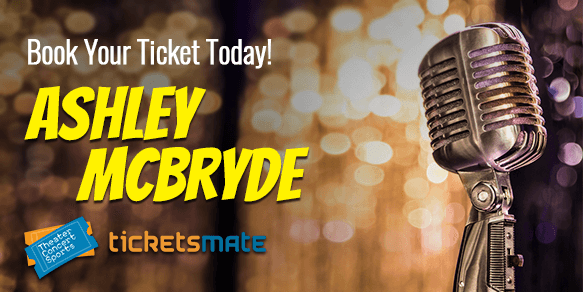 Ashley McBryde released her major label album Girl Going Nowhere through Warner Bros. Nashville in March of 2018. Even before the record actually hit the shelves it received positive reviews from top-notch stars like Miranda Lambert, Eric Church and Garth Brooks. The latter described the title song of the album as ‘a songwriter’s dream.’

The most appreciated aspect of the 11-track collection is McBryde’s songwriting skills. She has co-written all the songs on the set-list. The opening song Girl Goin’ Nowhere is inspired by a teacher who told the singer to have a backup plan when she told her about her plans of moving to the Music City to pursue her dream. It’s a heartfelt powerful ballad in which the singer proves her naysayers wrong.

American Scandal is a unique love song in which the singer pleads for someone to love her ‘like Kennedy and Monroe.’ Babylon is a jazz-infused sultry track that brings forth a completely different side of the singer. It is a number which one can easily envision being played at a jazz club. The nostalgic track The Jacket has McBryde sing about the stories that she found in her father’s old jean jacket that he passed on to her.

Overall Girl Going Nowhere is an album that contains great variety and thus showcases the varied abilities of Ashley McBryde. The record fared well commercially and received nods from the music critics as well. It was nominated for a Grammy in the ‘Best Country Album’ category. The album debuted at the seventh position on the Top Country Albums chart and reached the 49th spot on the US Billboard 200. It recorded sales of 9,000 copies in its first week of release.

Never Will is the title of Ashley McBryde’s fourth studio album. It is slated to release through Warner Music Nashville in April of 2020. The record will be the singer’s second major label record. It is preceded by the single One Night Standards. The song and its music video have become quite popular. In this track, the singer lays out the rules for a short-term affair and explains that she does not want the complications that come with the pretense of long-term commitment.

Named after her new single, Ashley McBryde launched her One Night Standards Tour in January 2020 to promote her latest album Never Will. The dates for the trek are out and fans are rushing to book Ashley McBryde tickets. Don’t delay your purchase.

Ashley Mcbryde tickets up for grabs

Ashley Mcbryde is a rising country star who was named New Artist of the Year at the 2019 CMA Awards.  She has a busy year ahead, starting from a concert on May 29. Mcbryde will stay on the road all through the year till Dec 11. She has performances lined up with different acts and rescheduled concerts from her One Night Standards Tour. It looks like an exciting year for fans of the singer who have been waiting for a long time to see her live. You can check all the city and venue details to see when Ashley Mcbryde visits your city. Secure Ashley Mcbryde tickets to see her in her element when she takes stage to give you a thrilling performance. Do not forget to check Ashley Mcbryde 2021 tour dates & concerts promo codes to enjoy superb discounts for your concert night.

Nothing beats the joy of watching your favorite music artist perform live! Ashley Mcbryde's concert dates are out and fans are looking forward to the upcoming shows. The next concert will be held in Fairbanks at the Outside At The Spur on 2-Jul-21, while the last available date is for the event scheduled for Salt Lake City at the Vivint Smart Home Arena on 16-Dec-21. For complete information regarding dates and venues, please visit our website.